Pre-bidding for this Auction for registered buyers starts on Saturday, 26 July.  Email us at greytown.auction@gmail.com.

Viewing dates (you can also register and leave absentee bids):
Thursday 30 July, 1pm until 6pm
Friday 31 July, 11am until 4pm
11am morning of the sale

The centrepiece of the Auction was Lot 41, Triptych: Homage to Rodchenko, 1966, a pivotal and monumental painting by Milan Mrkusich, regarded as New Zealand’s greatest living painter. Aratoi had mounted a major Mrkusich exhibition in 2014/2015 and is pleased that the Triptych sold at the Auction, with the hammer price of $200,000 being the highest price ever received for a Mrkusich work.

The winning bidder for the Mrkusich was anonymous and only registered on the day of the auction itself. The excitement in the room was tremendous and palpable . “The Triptych is one of Mrkusich’s largest works, at 1753 mm x 2619 mm, and the new owner, in Auckland, is the first owner – the painting had never been sold before.” 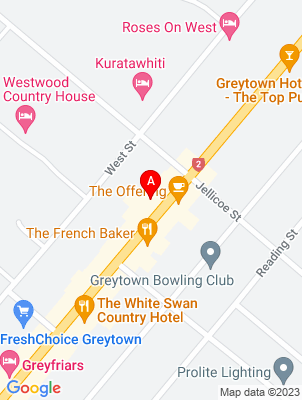